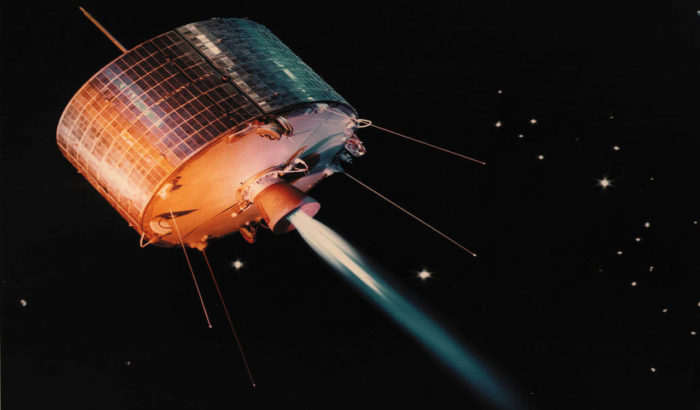 Satellite internet has been growing at a rapid pace. SpaceX, OneWeb and Boeing are amongst the companies making plans to place hundreds of communications satellites in low Earth orbit to provide internet access. SpaceX alone expects to earn more than $30 billion in revenue by 2025 from its satellite constellation.

Benefits of geostationary satellites: Most commercial communications satellites operate in geostationary orbits. The reason for this is largely based on cost. Receiving information from a satellite requires antennas both on the ground and on the satellite. However, tracking a satellite that is constantly moving relative to the Earth requires very expensive equipment, compared to just pointing an antenna at the right part of the sky and leaving it pointed there.

Also, because geostationary satellites do not cross each other’s paths, radio frequencies can be reused just a few degrees to the left and right of each satellite. As the cost of building and launching satellites decreases, the savings on not needing tracking equipment (and people to constantly monitor it) becomes more important.

By spending less on tracking equipment, companies can afford to devote more resources to developing new uses for satellites, such as using them to shoot full-colour video from space, and make home repair quotes based on what they see from space.

Things to keep in mind: Because the geostationary satellites all occupy the same orbit, and need to be placed at a certain distance from each other to prevent radio-frequency interference, there are a limited number of “slots” available. This means that disagreements over orbital slots must be settled before launch, which can require negotiations that may slow down development.

Geostationary satellites also require occasional corrections in their trajectory. This is because they tend to drift out of place over time, as they are tugged by the forces of gravity and by solar wind and radiation pressure. This means that the useful lifetime of geostationary satellites is limited by their fuel supply, which in turn makes satellites more expensive. To solve this problem, NASA is developing a spacecraft that can refuel satellites in orbit, and both SpaceX and rival United Launch Alliance are working on refuelling options. The company that develops a cost-effective way to refuel their satellites in orbit stands to earn billions, as it will be cheaper to refuel the existing satellites than to constantly launch new ones. This in turn will allow them to provide cheaper deals to communications companies looking to use the satellites.